ReconAfrica is a Canadian oil and gas company engaged in the exploration and development of oil and gas in Northeast Namibia and Northwest Botswana—the “Kavango Basin.”

ReconAfrica holds a 90% interest in a petroleum exploration licence in northeast Namibia. The exploration license covers the entire Kavango sedimentary basin an area of approximately 25,341.33 sq km (6.3 million acres), and based on commercial success, it entitles ReconAfrica to obtain a 25 year production licence.

Also, ReconAfrica holds a 100% interest in a petroleum licence, northwest Botswana which comprises an area of approximately 8,990 sq km (2.2 million acres) and is contiguous to the Namibian licence. The two licences together comprise 34,325 sq km (8.5 million acres).

ReconAfrica acquired a high resolution aeromagnetic survey of the licence area and conducted a detailed analysis of the resulting data and other available data, including reprocessing and reinterpretation of all existing geological and geophysical data. The survey and analysis confirm that the Kavango Basin reaches depths of up to 30,000 feet, under optimal conditions to preserve a thick interval of organic rich marine source rocks. The Company’s initial work program has confirmed the presence of an active petroleum system in the Kavango Basin. 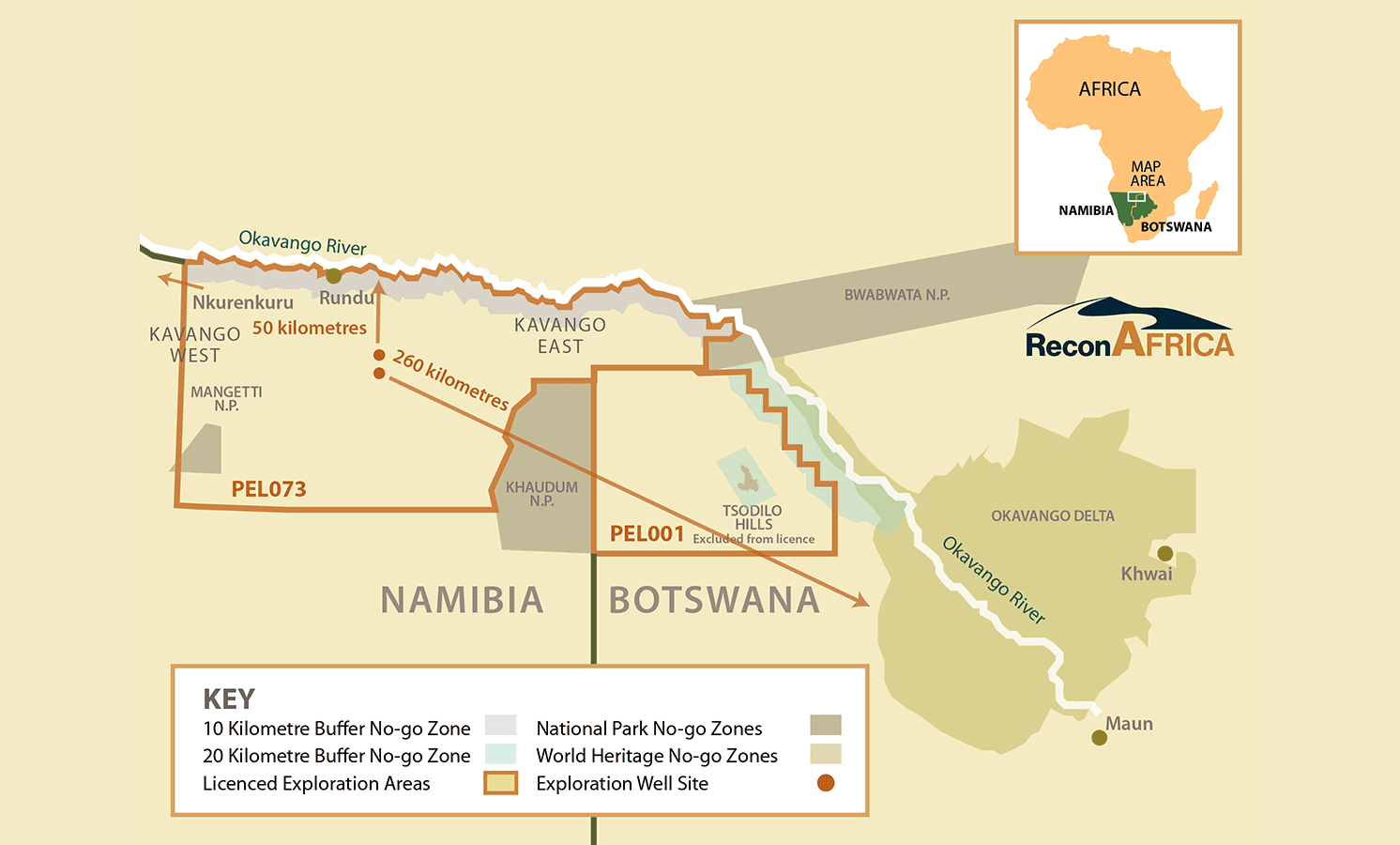 ReconAfrica is targeting conventional hydrocarbon reservoirs with source rocks in the hydrocarbon prone deposits within the Karoo Group of the main Karoo Basin in South Africa. These organic rich intervals within the Main Karoo Basin are the Prince Albert, Whitehill and Collingham, and all of the Lower Ecca Group. 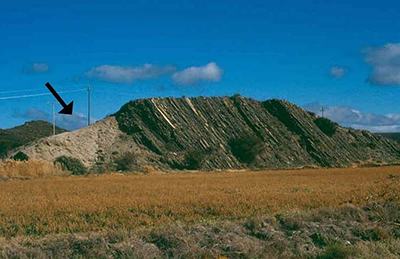 The Prince Albert Formation within the Karoo Basin of South Africa is composed of mudstones with shales and some small sandstone units. The overlying Whitehill Formation is comprised of fine grained, finely laminated black organic rich shale with dolomite lenses near the base. The Collingham Formation is comprised of dark grey mudstones, intercalated with thin yellow clay like layers of ashfall tuff. At the top of the formation, the mudstone grades into sandstone.

ReconAfrica’s interpretation strongly suggests that the formational source rock equivalents to the Lower Ecca Group will be preserved in the untested deeper portions of the Kavango Basin. ReconAfrica believes that these target sediments lie in a previously unrecognized Karoo Basin along major trans African lineaments that link northeast Namibia to the better known Karoo rift basins in eastern Africa.

ReconAfrica has completed the following business objectives by the end of 2021:

ReconAfrica owns 90% interest in Petroleum Exploration Licence 73 covering the Kavango Basin in northeast Namibia, pursuant to a Petroleum Agreement among Namibia’s Ministry of Mines and Energy, the Namibian state oil company NAMCOR and ReconAfrica’s wholly-owned Namibian subsidiary. NAMCOR holds the remaining 10% interest in the Licence, with its costs carried through the development stage. The Licence has an exploration period comprising a number of phases, ending 29 January 2025, or if extensions are requested and granted, ending 29 January 2029.

Following declaration of a commercial discovery, the Petroleum Agreement entitles ReconAfrica to a production licence having a 25 year term.

The fiscal terms of the Petroleum Agreement call for a 5% royalty, and an additional profits tax that applies late in the life of a producing field. ReconAfrica’s Namibian subsidiary is required to pay Namibian corporate income tax of 35%.